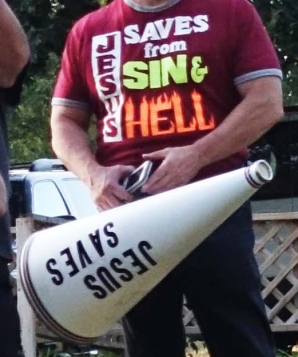 Recently, I had a call from someone I love and respect, someone I have not talked to in two or three years. I wondered if we would be able to talk congenially. I have recently responded to some of that person’s strongly worded posts on social media with an opposing political viewpoint.

But we had a fine conversation, expressed our love for each other, and said we really should do this more often. I was grateful it went that way.

These are times of tension, turmoil, and heated commentary about what is happening in our nation’s government and what elected leaders are doing. I have my own strong feelings about developments in Washington that could do long-term damage to the United States.

But there is another national problem that concerns me even more, and so I am doing something I have tried to avoid in this blog. I am repeating a theme I touched on a short time ago: the corrosive nature of hate and anger.

Some who are heavily committed to supporting one party or another seem unable to treat people who disagree with them as human beings—as other children of God. They dehumanize people they see as opponents, and this makes it easy to hate.

Most often this dehumanization begins with labeling: “fuzzy minded liberal,” “hide-bound conservative,” “left-wing do-gooder” “right-wing bigot,” “pious hypocrite,” or “[insert religious affiliation] terrorist.” That individual who disagrees with us may be a loving parent, may do a lot of good in the community, may be a very incisive thinker. But if we give them a pejorative label, it’s easier to tell ourselves they deserve some cruel fate—public humiliation, tragedy, or even death.

These days, it might be good for many of us to review “The War prayer,” in which Mark Twain reminds Christians that wishing evil on our enemies is not a Christlike attitude.

Are you in danger of hell fire?

Here are some questions that might help each of us determine whether our political thoughts could be putting us in moral danger. (And I write this knowing that I need to face need these as much as anyone else.)

Do you find yourself wishing that certain politicians of the opposing party could be publicly humiliated, punished, or socially annihilated?

Of course, you would never do anything to them, but would you be secretly pleased if something happened to shut them up?

Do you find opportunities to post cutting or critical things about others on social media? If you actually met them in person—if you sat down across a table from them to share bread—would you say those same things to that person’s face?

The man with the megaphone pictured here was a protester who showed up regularly at a large Church-sponsored religious pageant to protest. We called him “the Screamer.” He stood across the street and screamed vile and vulgar insults at church members attending the event. Much of what he said was lies, all of it intended to provoke contention. He wanted nothing more than to have someone confront or perhaps attack him, because then he could claim to be the wounded party. “See? See what they’re doing?”

It’s easy to tell yourself, “Oh, I don’t really hate them. I just hate the things they do and say.” If that’s true, then how would you explain those feelings of hoping something bad might happen to keep them quiet?

Would Jesus Christ, or the great law-giver Moses, or Mohammed—or whoever you respect as your ruling moral authority—speak of people in the same way you think of them?

I believe that modern science bears out the danger of carrying around feelings of anger and contention inside us all the time. Maybe that is one reason Jesus Christ warned us about being angry at our fellow beings. If we spend too much of our lives being angry, we will create a little bit of hell for ourselves here on earth, and we will waste time we could have used to prepare for heaven.