I wish I had enjoyed my own children more when they were the age that my grandchildren are now. But I think that sometimes I was too busy being the Father to be a good dad. Some of the joy I felt at being with them was eclipsed by the weight of the responsibility I felt to be a good provider and teacher. I did OK with the provider part, but I’m not sure about the teacher.

And I’m not sure I was ever the daddy that I missed while growing up as the son of a widow. 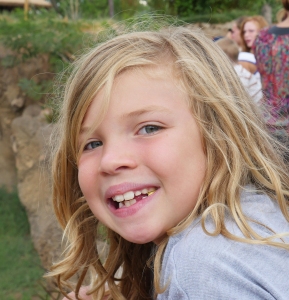 Lately I have been involved in writing some gospel lessons for children. Trying to see the lesson topics as my grandchildren might see them has helped with the work. It has also helped me recognize some of the lessons I have learned from my grandchildren.

From a three-year-old granddaughter: Why walk anywhere if you can run or jump or hop? Don’t take simple things for granted. Isn’t life always supposed to be new and exciting like this?

From an eight-year-old grandson who can’t conceive of a world when there were no computers: Don’t wonder if you can do something. Just go ahead!

From a nine-year-old grandson who has learned that the world can be disappointing sometimes: Just because other people are unkind or unhappy, you don’t have to be that way too.

From a 10-year-old granddaughter who has dealt with a lot of challenges in her short lifetime: Children are very resilient and often capable of more than we expect of them.

From a twelve-year-old grandson who has been designing 3D models of things in his head for half his lifetime: Creativity is inborn in all of Heavenly Father’s children, but it comes out in different ways in all of us. 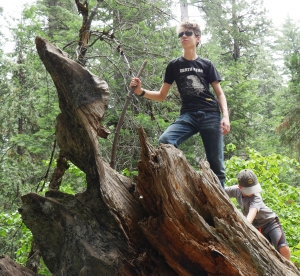 From a 12-year-old granddaughter, her 13-year-old brother, and a couple of their 15-year-old cousins: There is a lot of talent and intelligence packaged up in those young minds and bodies. With encouragement and support, they will be able to do great things. And if you can get them to talk, they’re fun to listen to.

I could go on. Every one of our 18 grandchildren has taught me. It’s a privilege to be associated with them.

It’s a privilege to be associated also with my children. They have all grown into fine, intelligent individuals, more because of their mother’s influence than mine. I love to think of them as friends.

I just wish I had been more responsive to their joys when they were growing up.